You are here: Home / Archives for Tod Northman

Tod Northman is a Partner at Tucker Ellis LLP and is co-head of its Autonomous Vehicle and Artificial Intelligence Technologies Group.  Tod has nearly 25 years of business and corporate law experience in areas including commercial law, business transactions, mergers and acquisitions, contract negotiation and dispute resolution.  Tod represents publicly traded and privately held companies in diverse industries across the country and has particular expertise in aviation law and autonomous vehicles. In his autonomous vehicle practice, Tod represents traditional automotive companies up and down the supply chain, from original equipment manufacturers to Tier I and II suppliers. He also represents emerging tech and ride-hailing companies. He speaks and is quoted frequently on all things related to self-driving vehicles. 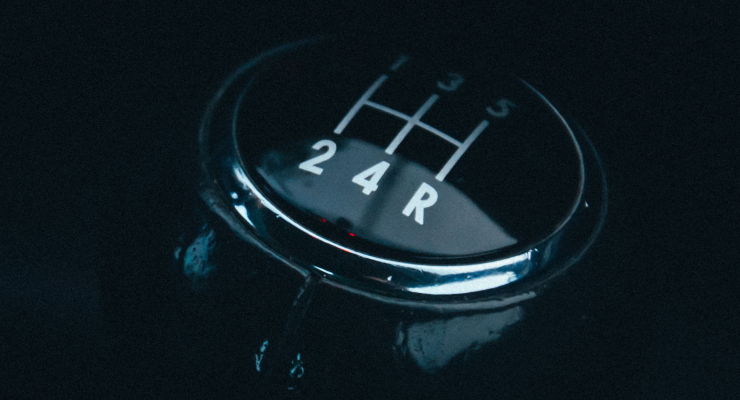 Consumers can’t yet purchase or lease a self-driving car, but Waymo’s deployment of its robo taxi fleet hints that self-driving cars may be closer to commercialization than gainsayers believe.  As a result of the progress – and the tremendous size of the potential market – corporate transactions in the autonomous vehicle technology industry have remained robust, despite the technology lagging manufacturers’ earlier forecasts.  But the types and size of transactions have shifted significantly over the past 20 months, revealing how would-be industry players assess their position in the field as they adjust their investment strategy to remain relevant.

AV leaders such as GM Cruise and Waymo have stayed the course, but traditional original equipment manufacturers (OEMs) are teaming up with other industry participants (other OEMs, suppliers, and startups) to try to keep pace instead of focusing exclusively on building their own AV systems.  Recent examples include:

Waymo pioneered the joint-venture approach.  Waymo has focused exclusively on developing the AV system while partnering with traditional automotive companies to supply vehicles.  Apple, with its ultra-secret Project Titan, appears to have a similar strategy. Tesla alone has challenged the automotive industry on its own, shunning transactions and partnerships.  It even elected to remove industry-leader Nvidia’s chips from its vehicles in favor of home-grown hardware. 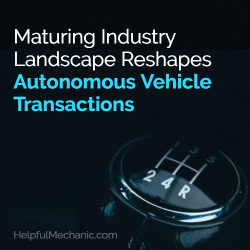 By contrast, Honda has pledged to invest up to $2.75 billion in GM Cruise, tacitly acknowledging its own AV efforts are lagging.  Toyota – which has dual-track AV approaches with its Guardian (driver assistance) and Chauffeur (full autonomy) initiatives – likewise has jumped into partnerships, investing in Uber and Grab and establishing a venture investment fund to pursue different strategies.

In the U.S., Uber and Lyft have built the ride-hailing industry, drawing large investments from traditional automotive industry players, such as Toyota and Honda, as well as Softbank.  Globally, Southeast Asia’s Grab and Go-Jek from the Middle East each have raised more than a billion dollars to pursue ride-hailing and other tech initiatives in their regions.

Such combinations are logical, given the powerful network effects of AV technology:  The more mileage an AV system accrues, the better it operates.  The teaming approach also draws on a principle from the aviation industry: Airlines do not want to compete on safety records.  Automakers should strive to produce the safest vehicle possible, and teaming up furthers that goal.

As joint ventures have increased, acquisitions of AV technology companies have dropped off the map.  Before 2017, AV startups were being bought as frequently as they were the target of OEM investments.  Even before Intel’s $15.3-billion acquisition of Mobileye in March 2017, the industry’s strategy shifted to investment in startups.  Mobileye is an outlier because Intel viewed it as a launching pad for entry into automotive. Intel may never reap sufficient benefit to justify the fancy price for Mobileye, but the alternative was sitting out the mobility revolution entirely.  Using the same theory, Aptiv (formerly parts manufacturer Delphi) nabbed AV company nuTonomy for $450 million in October 2017.  Such deals are exceptional:  In addition to these joint ventures, traditional automotive companies have shifted to strategic minority-position investment in AV suppliers in venture financings.

China leads the way on venture deals.  For example, Silicon Valley-mapping startup Deep Map is indicative of the heavy investment of Chinese companies.  Deep Map raised $60 million from the trio of Alibaba, Didi Chuxing, and automaker BAIC Group last summer for an implied valuation of more than $430 million for the two-year-old business.  Similarly, Pony.ai raised $214 million (nearly all from China) in 2018 alone, implying a nearly $1-billion valuation for the two-year-old company.

As dynamic as AV technical developments are, they are matched by the pace of the business side.  Between joint ventures and strategic investments in startups, the industry is responding to continuing challenges while reducing – but not eliminating – the enormous financial investment required to keep up.