You are here: Home / Mechanics / Here’s What Happens to Your Car in a Flood and What to Do About It 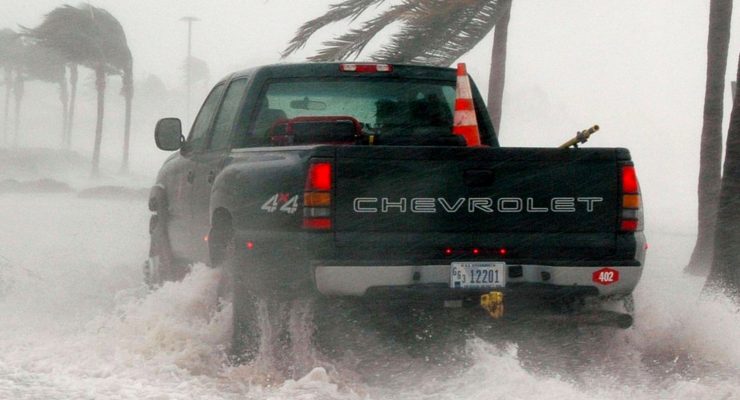 If you’ve ever gone to purchase a car you may have gotten this advice. “Don’t buy a car from ____________ state because they recently had a lot of flooding.” But what does flooding actually do to a car? What kind of damage can it cause and is it really that bad?

I can never forget the 2004 Toyota Avalon that came to a dealership I worked in several years ago. The car had a starting problem, the deeper we dug the more problems we found. After weeks of electrical diagnosis, wiring repairs and replacement that customer decided to give up on this car. It was a car he had purchased after hurricane Sandy. With less than 75,000 miles he thought he was getting a deal of a lifetime. Instead, he ended up with a flood car that merely months after buying it was a useless hunk of metal.

Some of the Bigger Problems Flooding Can Cause:

It may take a few years for corrosion to surface on flood vehicles because it starts from the inside out. As most cause have high quantities of steel in them, corrosion can occur on just about anything. It can start on the inside of panels and eat away at the steel only for you to finally see it a few years later. Saltwater is especially notorious for this, but large quantities of fresh water have similar effects.

Wiring and water don’t mix well. Flood water can get into computers, sensors and other electrical components and start to cause problems. Some of these problems could take a long time to discover and may be tricky as they present themselves as other failures.

Water lodges itself in all the little nooks and crannies. Water in compressors, pumps and other systems will cause failure sooner than later. Flood water in bearings and brakes can cause safety related failures as well.

When a car is saturated in water, it often causes mold to develop. This mold can be found in the trucks of cars, in seat cushions, under mats and even on the headliner. Even a little bit of toxic mold can make a car non operable and if repairing it is even possible it will cost thousands of dollars.

Even a little water in the combustion chamber can cause the engine to seize and fail costing you thousands for dollars. If there is water in the oil system, coolant system, air filters or any other part that’s part of the system delivering fluids, air or power to the engine you run the very rapid risk of hydro lock.

Here Are Some of the Fundamentals You Should Know If Your Car Was in a Flood:

Even if you do everything right your flood vehicle may likely not be salvageable. Sometimes you may have to take a step back and decide to go ahead and purchase another vehicle instead of risk investing money into one that might not work long term. Since some of the problems on a flooded vehicle might not be found for years, you might decide it’s just no longer worth the time or money needed.

Chaya Milchtein is the automotive educator, writer and speaker behind Mechanic Shop Femme. She’s made it her life’s mission to educate women and LGBT people about their cars. Chaya believes in empowering people to live their best lives and uses her platform to prove that people (especially femmes) can do anything they want in the bodies they have. Chaya’s work has been featured in the Chicago Tribune, Rewire by Twin Cities PBS, and others. She lives with her fiancee in Milwaukee, WI. Connect with her on Twitter @mechanicfemme