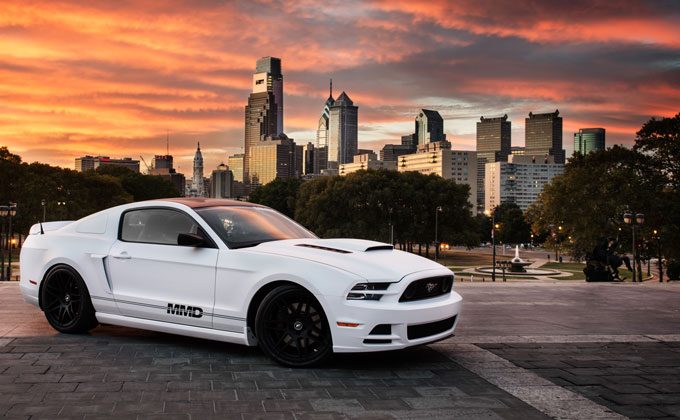 MMD and AmericanMuscle teamed up to custom design Project MMD. Featuring over $30,000 in aftermarket parts and the sleek, modern design MMD is known for, this is a one-of-a-kind Mustang that can serve as the perfect show car or daily driver. 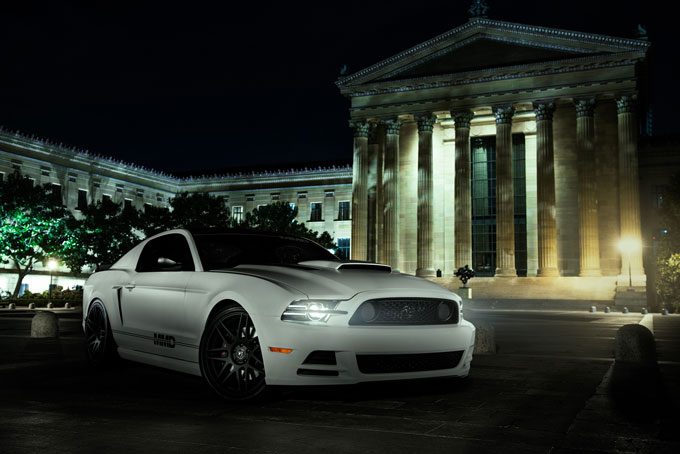 One person will get to drive home from the annual AmericanMuscle Car Show —one of the largest Mustang car show around—in their newly acquired magazine cover car—Project MMD. Not only is this Muscle Mustangs and Fast Ford’s (MM & FF) May 2014 Cover Car, it’s also the same build that was featured at Forgestar’s booth for the 2013 SEMA Auto Show. The winner will be selected on 8/4/2014 and will be handed the keys at the AmericanMuscle car show on 8/16/2014. 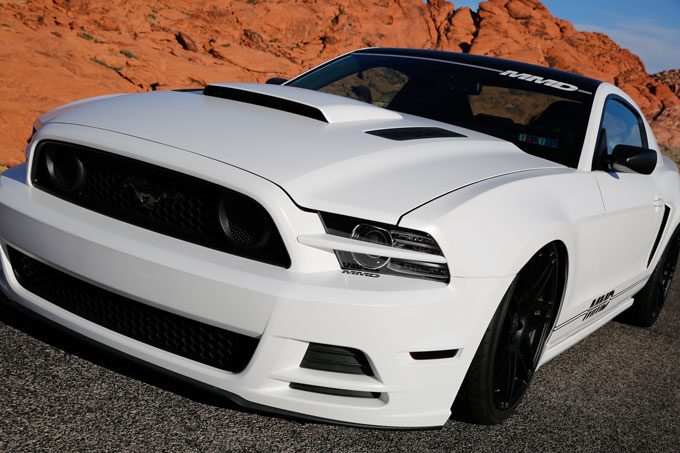 Sometimes you plan out an entire build before you ever pick up a wrench—this was not how Project MMD began. This car started out as a way to showcase some of MMD’s most popular modifications, but once the opportunity to showcase a car at the 2013 SEMA Auto Show came along, the guys at MMD went back to the drawing board. They commissioned AmericanMuscle to handle the performance aspects of the car while they gave it an appearance overhaul. The end result was a successful appearance at Forgestar’s SEMA booth and a few neck snapping trips in Las Vegas and the surrounding countryside. 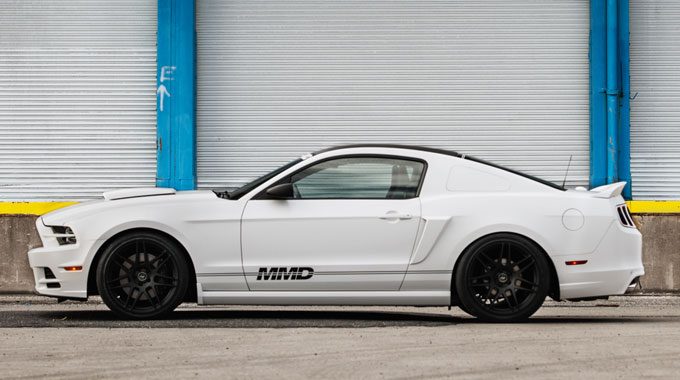 Project MMD was designed and built to be a SEMA car, but that doesn’t mean it’s not a fully functional street machine—the guys at MMD actually drive it around town and to shows. That’s what pegged the interest of the crew over at MM & FF and once they finally saw Project MMD in person at SEMA, they knew they were looking at a cover car. 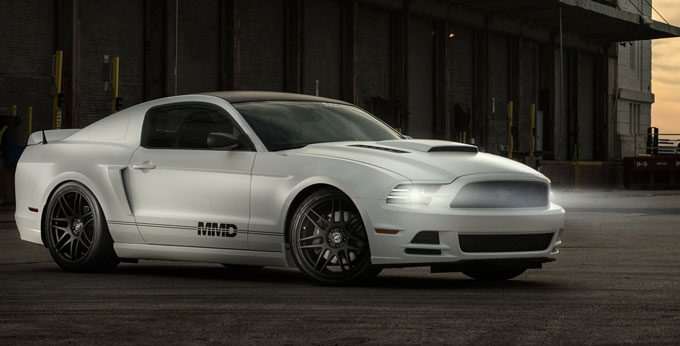 What began as your run-of-the-mill 2014 Oxford White Premium GT received the perfect synergy of classically inspired styling mixed with a bold, attention demanding modern twist. The car takes inspiration from the late ’60s
Mustangs, such as the GT350 style spoiler and hood scoop. It also employs more recent aesthetics such as a matte white vinyl wrap and an adjustable air ride suspension that lets you drop the car to the ground when parked or at a show, all while still delivering the performance of coil overs. With the fog light deletes, page was taken from the BOSS 302’s playbook, along with the matte black roof decal. 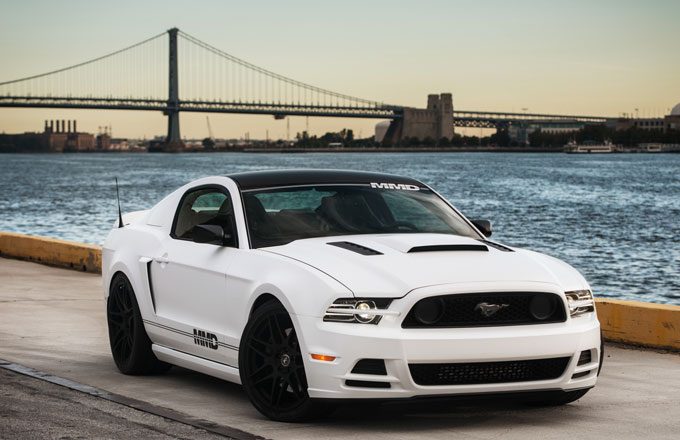 Of the more modern styling, the MMD windshield and side decals offer a stark color contrast while the matte while tail light covers make for a more fluent paint scheme. The rear diffuser is an MMD prototype developed for this car and accounts well for the Ford Racing exhaust dumps. 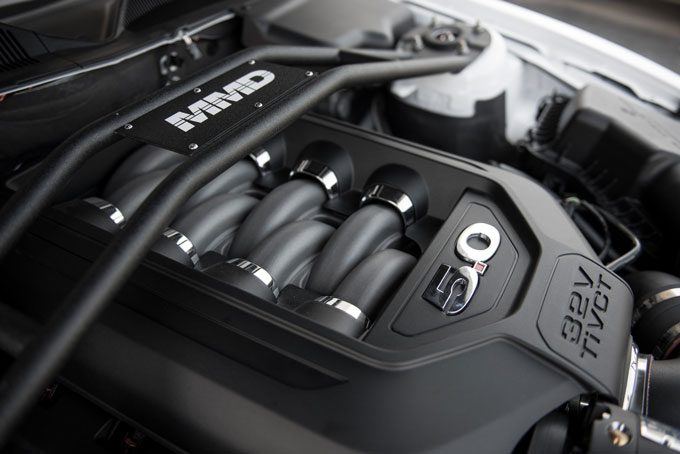 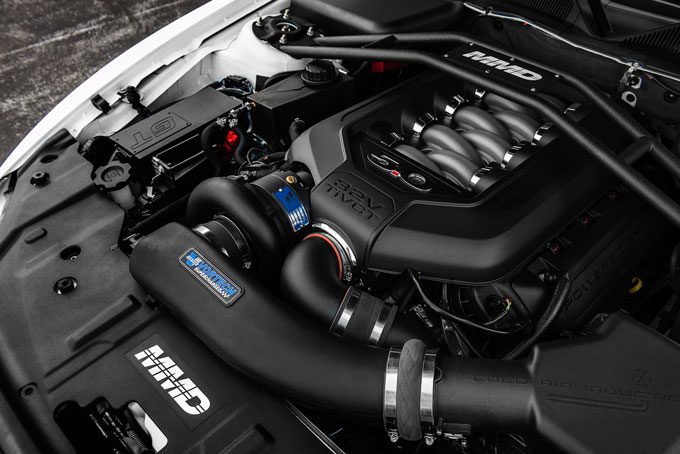 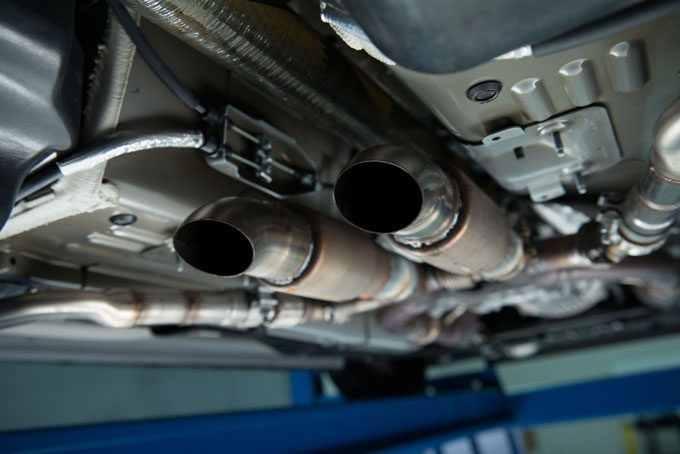 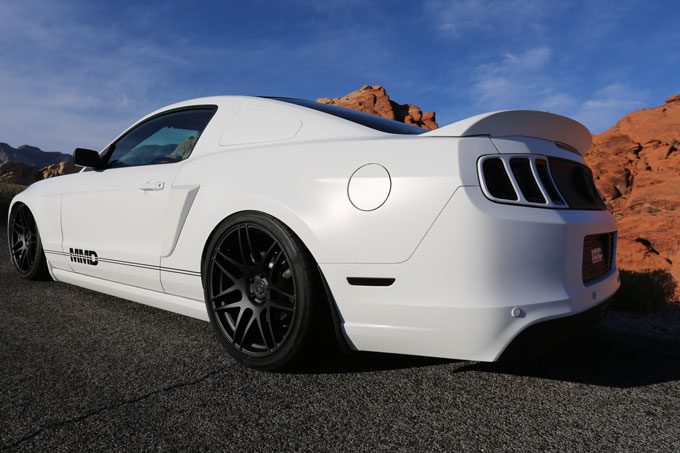