The Porsche 906, sometimes referred to as the Carrera 6, was the last street-legal race car Porsche produced.

Porsche strayed away from previous racing design types and created a new fiberglass body supported by a tubular frame.  The astonishing result was a car that weighed an impressive 249 pounds lighter than its predecessor, the Porsche 904, which weighed approximately 1443 pounds. 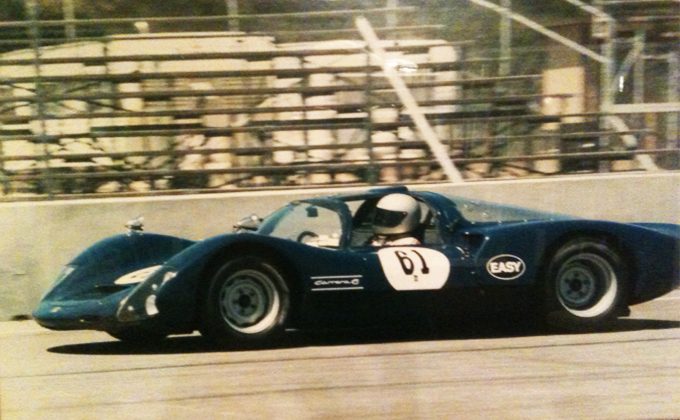 Ferrari drove Porsche to create the 906 when their 206 Dino almost instantly turned Porsche’s 904 obsolete. Porsche had little choice but to create a better era of racing cars.

Porsche engineers designed a sleek new fiberglass body shell. The 906’s space frame dictated a pair of top-hinged, gull wing type of doors. Another body feature change was the distinctive yellow-tinted clear plastic engine cover. There was a large air intake on top of the nose for the oil cooler, and split air intakes were ahead of the rear wheels, which were ducted to cool both the rear brakes and the transaxle.
The 906 racing model was Porsche’s first car to be tested inside a wind tunnel. Leading to top speeds of approximately 280 km/h or 170 mph, this car was a fast, powerful piece of equipment

The impressive lighter weight allowed the car to not only remain nimble but to keep a strong, rigid body for cornering and handling.

Regularly equipped with the 901/20 6-cylinder lightweight racing engine, it produced a stable output of 220 horsepower providing a very impressive power to weight 1 : 5.8 ratio.

The Carrera 6 had a few downfalls, however. The wheels were larger and heavier – 15-inches even though the design engineers originally wanted 13-inch wheels. The wheels were also bolted in the same fashion as a standard road car, with 5 nuts. This cost precious time in the pit and added time to the clock.

The Carrera 6 was integrated into FIA racing in January 1966 as a Group 4 Sports Car. Each of the production cars was individually tested at the Hockenheim racing circuit in the Rhine valley, Germany before shipping to their new owners.

Nearly a month after the first 906 was deemed ready to race, it was at the 1966 Rolex 24 at Daytona where factory drivers Hans Hermann and Herbert Linge shared driving. The dark blue Coupe finished 6th overall and won its class. There was little doubt that the Carrera 6 was going to be a formidable racing machine. 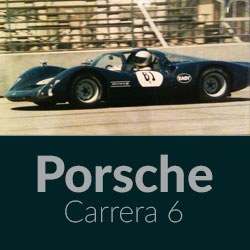