You are here: Home / Archives for Karma Automotive

Though many improvements have taken place in the present day electric vehicles still you have to take more effort and know many things and adhere to certain operating procedures to get better performance from the electric vehicles in cold weather. If your electric car’s range is less than 100 miles then you are likely to face more problems during winter. You have to fine tune your driving abilities and be very careful in paying attention to your electric vehicle to successfully get its good performance during peak winter months.

Following are some of the tips that will help you get better electric vehicles performance winter by enhancing the power of your car’s battery as well as to get more out of the battery life:

Thus, follow certain good driving habits and pay close attention to the maintenance schedule of your EV to assure yourself of a good electric vehicles performance in winter. 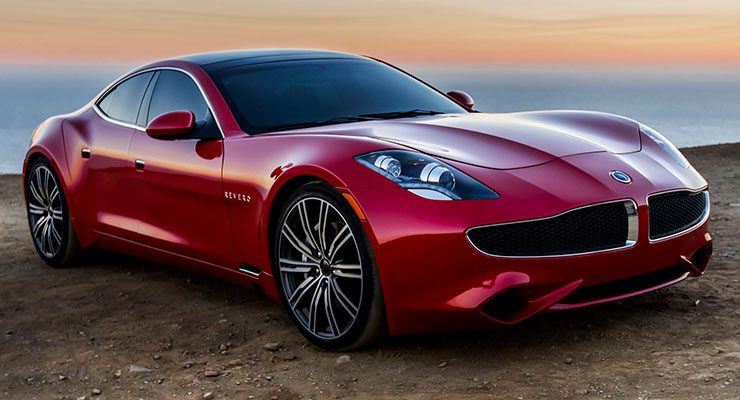 The Revero is the flagship electric hybrid sedan from Karma Automotive based in the Costa Mesa region of California. This unconventional and untraditional US automaker is owned by Chinese Auto parts maker Wanxiang Group. They created the Karma Automotive out of the assets they took on auction of those belonged to the Fisker Automotive who designed the Revero. This Auto maker came into being in the year 2014 and introduced the ultra luxury electric hybrid Sedan maintaining much of the design elements of the original Revero introduced by the Fisker team way back in 2011. The present edition of the Revero was launched during the first week of September 2016.

Unlike other car manufacturers Karma Automotive does not believe that your car is a commodity for mass production as it is only a way of conveyance from Point A to Point B during your daily chores. But, this popular auto maker totally believes that your car is an expression of your style and personality so that it is as unique as you are. The design looks and performance of the Karma Revero are totally unexpected and unconventional as well as they are wholly unquestionably breathtaking.

The Karma Automotive Revero is primal in beauty and is designed and built with unique processes that are timely and modern. The Revero not only looks good but also commands a feel of voluptuousness and great sense of sensuality. This is created in such a way for an emotional response and mental attachment. The Karma Automotive has created its Revero for just the feel of it and they are not for sheer numbers. This unique car comes with extraordinary and impressive technical specifications. 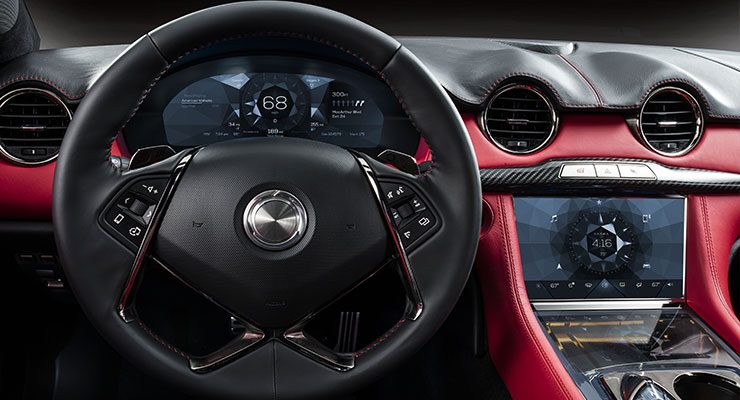 The Revero car is a symbol of excellence in every respect and it moves you in all the ways in utmost comfort and gives great deal of convenience. This hybrid sedan is well known for its exhilarating performance and much of this is due to the use of aluminum space frame based construction that is very sturdy to give complete protection to you, yet very light and shiny to look at. It is powered by twin electric motors that are capable of giving limitless torque for linear, as well as swift and smooth acceleration.

Karma Automotive has taken exceptional care in giving the best possible drivability to its Revero and you will be totally mesmerized by its responsiveness on the road. A very low center of gravity has been achieved by placing the battery pack as a centrally mounted unit and this in turn gives a supreme sense of drivability. This is complimented by the auto- leveling suspension system that goes on adjusting the stance of the car in whatever road condition you are driving it.

The Revero that comes from Karma Automotive is built for longer range and higher economy as it is powered by a pack of Lithium Ion batteries that power your car to travel it up to 50 miles. As this is built as an electric hybrid car, you can easily switch on the internal combustion engine at the end of the electric power range and continue on without any break. The Revero runs for  more than  300 miles  and at this point you can either stop for a recharge of your Lithium Ion batteries or pull on to a gas station fill it with gasoline and be on your way. 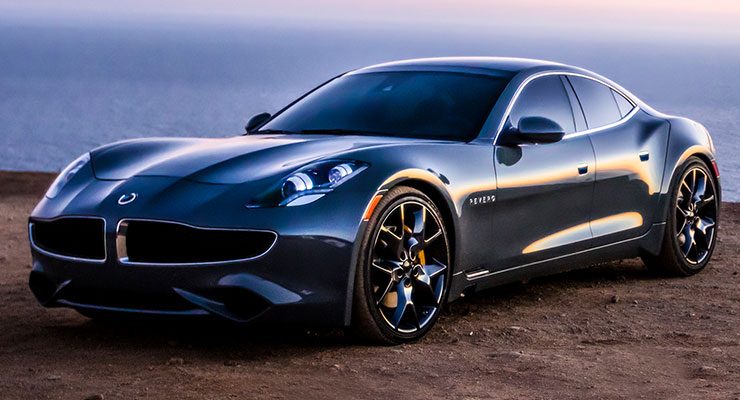 Karma automotive has built the Revero in such a way that it has the best braking efficiency and its  monobloc 6 piston calipers work in tandem, by putting the classic regenerative braking technology to give a class leading and safe deceleration boosting the performance of the car many times. Revero being a completely hand built beauty, comes with wood trim with wood that comes straight from nature which are reclaimed ones that have never been farmed or felled. The Revero also excels in the usage of natural materials and the leather used in it are selected after careful examination and are never subjected to embossing for getting the uniform leather texture.

Above all Karma Automotive has placed high efficiency solar panels on the roof that recharge the power pack so that you drive a Revero that uses the clean and green energy to move on with your daily chores in style and comfort that you cannot find elsewhere. 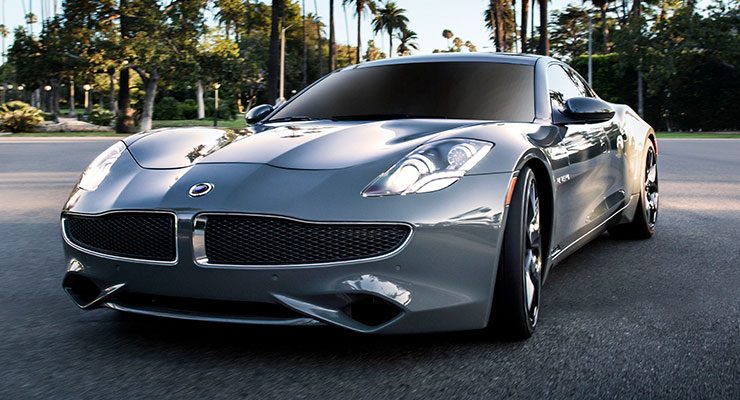 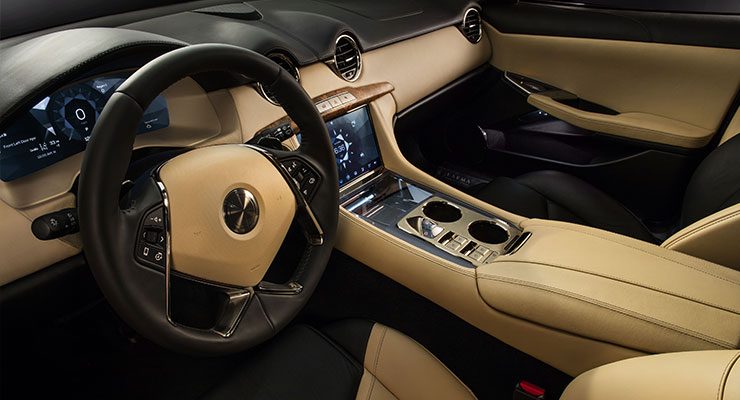 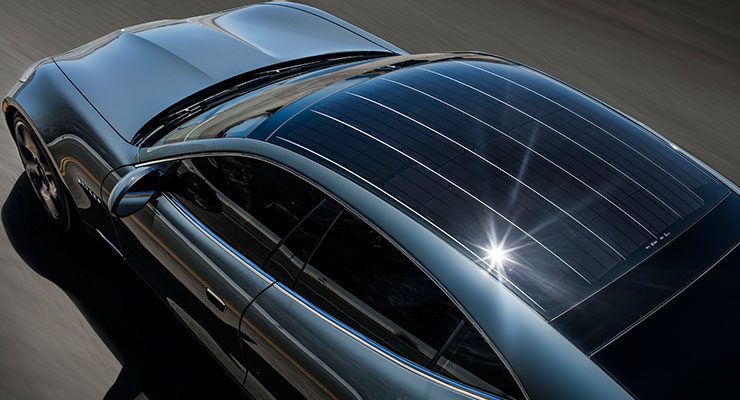 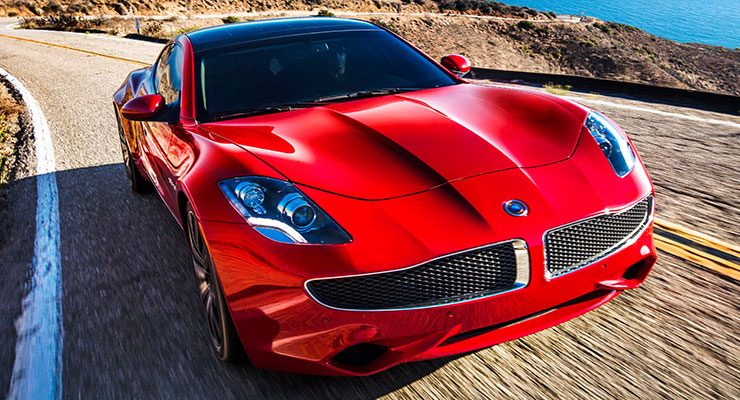 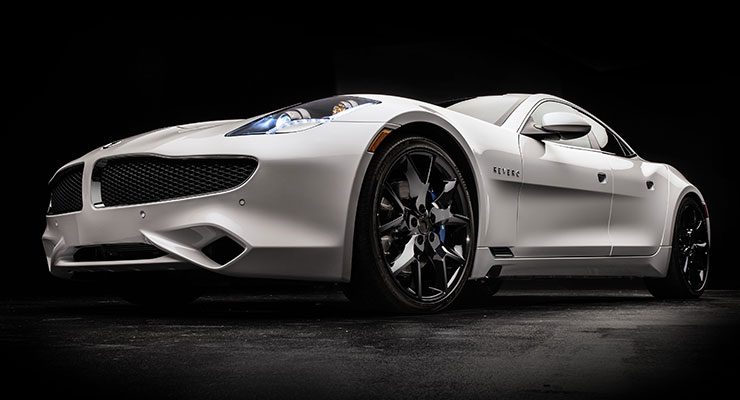 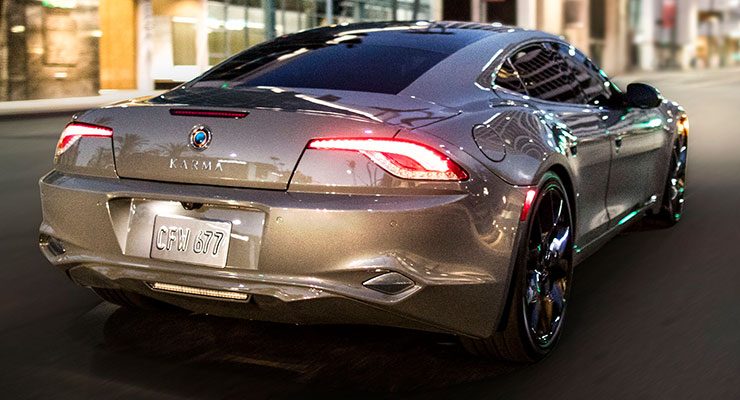