You are here: Home / Archives for Mercedes 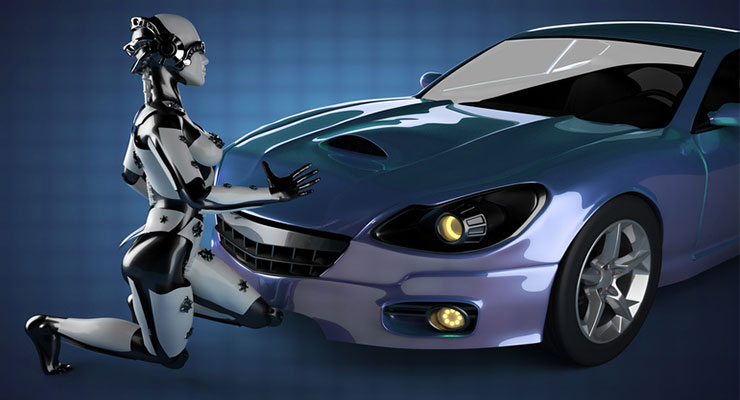 A computerized chauffeur to deal with the hassles of driving? You have to admit it sounds appealing. Once the stuff of science fiction and futuristic predictions, the concept of a driverless car is quite close to coming true. Google and a number of other tech companies as well as some car makers have been hard at work to bring the vision to a city street near you.

How close? In 2012, Google founder Sergey Brin said Google’s self-driving car would be available for the general public by 2017, although last year project director Chris Urmson indicated the release might be pushed back to 2020. Still, we’re on the road to reality, and the Google technology is nothing short of amazing.

At the moment, Google has two basic forms to driverless technology: equipping existing cars such as their fleet Lexus and Prius hybrids, and manufacturing the company’s own small, plastic two-seat vehicle. Each version has roughly $200,000 of advanced electronics, computers and radar/LIDAR systems onboard. LIDAR, which stands for Light Detection and Ranging, is a remote sensing technology that uses light in the form of a pulsed laser to measure variable distances. These light pulses, combined with other data, generate precise, three-dimensional information about the shape and contours of the area in which the vehicle is driving.

But, while incredible technical progress is being made, there are some very low- and no-tech obstacles in the way of a truly driverless car.

Technology frequently advances faster than social systems, and that’s certainly the case with the driverless car. Existing traffic laws just aren’t up to speed. Many of them have been on the books for decades and all were written with the assumption that a human being would be behind the wheel.

To date, only four of our 50 states and the District of Columbia have passed laws that expressly allow driverless vehicle testing on public roads. However, they require special license plates, insurance packages and driver certification, stipulating that a certified driver must remain behind the wheel ready to assume control of the vehicle if the computer system fails.  [1] Other states are currently considering legislations.

As of August 2014, the latest prototype driverless vehicle had not been tested in heavy rain or snow because of safety concerns. [2]

Because driverless cars rely primarily on pre-programmed route data, they do not obey temporary traffic lights nor do they recognize construction zone routing. There are also concerns that the cars may revert to a slower, extra-cautious mode to complex unmapped intersections. Because they have difficulty identifying harmless road debris, the vehicles often swerve unnecessarily. And, the LIDAR technology cannot spot some types of potholes or discern when a human such as a police officer is signaling the car to stop.

The current Google-produced driverless car has a top speed of 25 miles per hour, a threshold with some potential problems. Initially, it also lacked a steering wheel and brake pedal, resulting in an experience akin to an amusement park ride. Later models have since added brake pedals and steering to comply with the regulations of the four states that permit driverless cars.[3]

A recent study from the University of Michigan Transportation Research Institute warned that as many as 12% of passengers may experience motion sickness while riding in driverless cars.[4] While there are no remedies, the study suggested that passengers who are susceptible to motion sickness might want to try closing their eyes or sleeping, a solution demanding a great deal of confidence in driverless technology!

As of July 2015, 23 of Google’s driverless cars had been involved in 14 minor traffic accidents on public roads, although Google maintains the driverless vehicle was not to blame in any of the incidents. Eight were rear-ended, two were side-swiped, one involved another driver rolling through a stop sign, and one was being manually driven by a Google employee. In one of the rear-end accidents, three Google employees suffered minor injuries, a first in driverless car history.[5]

Although it gets most of the buzz, Google’s driverless car isn’t the only one on the horizon. Several manufacturers are exploring the possibilities. Volvo, for example, has indicated they will test driverless cars in their headquarter city of Gothenburg, Sweden by 2017. German auto makers Daimler Benz, BMW and Volkswagen chipped in to buy Nokia’s “HERE” GPS system as a counter to Google. Those are serious players and encouraging news for fans of a driverless future. But let’s put this in perspective. Even if the price of driverless technology drops radically (say by 50%) as technology frequently does, by 2020 you could possibly buy a driverless car for $100,000. That’s more than three times the cost of an average new car today, more than enough to pay for taxis for several years, and the technology probably still won’t be perfect. Couple the high price tag with the fact that the average American car on the road today is 11.5 years old, and it’s safe to guess that we have a long  wait before driverless vehicles go mainstream. More likely, given the limitations of the present technology, driverless cars may initially find a use as taxis in congested urban areas like New York City where slow moving traffic is the norm.

Barrett-Jackson, The World’s Greatest Collector Car Auctions®, will light up the Las Vegas strip with custom, muscle and classic vehicles during its 8th Annual Las Vegas Auction from Sept. 24-26, at the world-renowned Mandalay Bay Resort and Casino. Among the star attractions on this year’s auction docket is a 1965 Chevrolet Nova SS “Dobbertin’s” Custom, a 1974 Pontiac Firebird Trans Am 455 Super Duty and a 1979 Porsche 930 Turbo.

“We’re going full-throttle as we prepare for our 8th annual Las Vegas auction at Mandalay Bay,” said Craig Jackson, chairman and CEO of Barrett-Jackson. “Our docket is filling up with many spectacular vehicles and we’re excited to showcase our event with 24 hours of live coverage on Discovery and Velocity across the three days.” 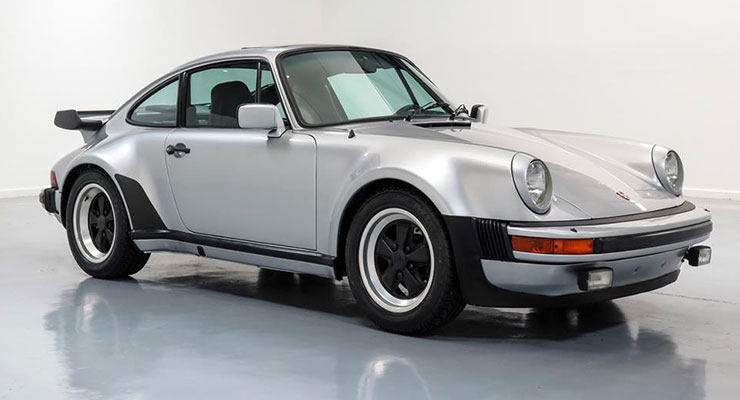 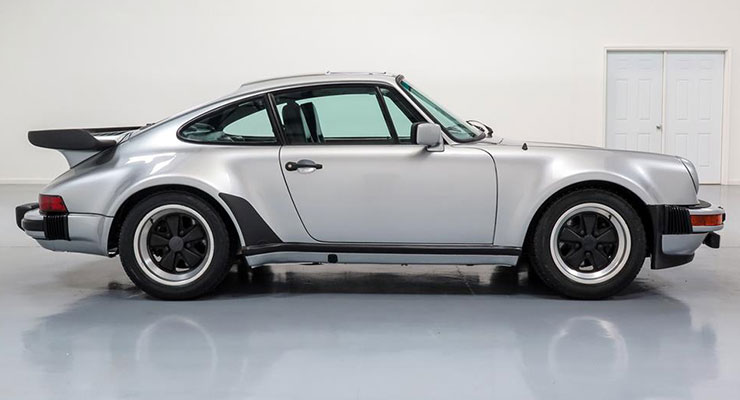 Highlighting the exciting docket of vehicles set to cross the block in Las Vegas is a 1979 Porsche 930 Turbo. One of only 806 sold in the U.S during the 1979 model year, this Metallic Silver over optional black sport interior has zero rust and only 38,465 miles. 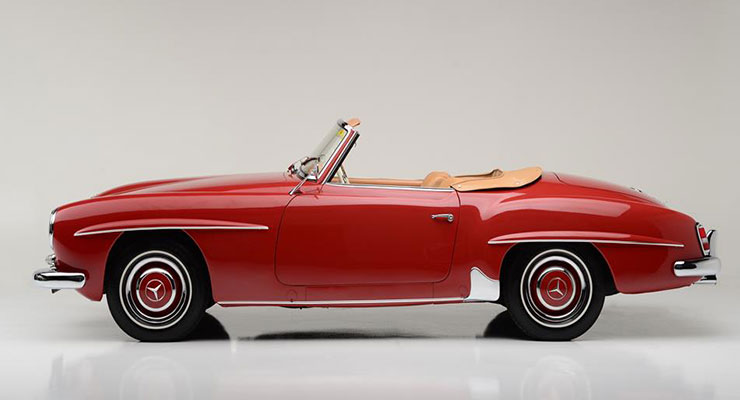 The classic luxury convertible is powered by a 1.9-liter inline 4-cylinder engine with upgraded Weber carburetors attached to a 4-speed manual transmission. 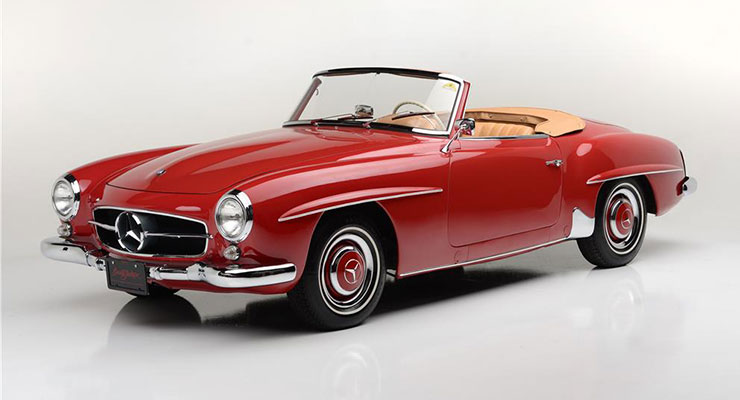 The last of the great American muscle cars will also be well represented with a 1974 Pontiac Firebird Trans Am 455 Super Duty. 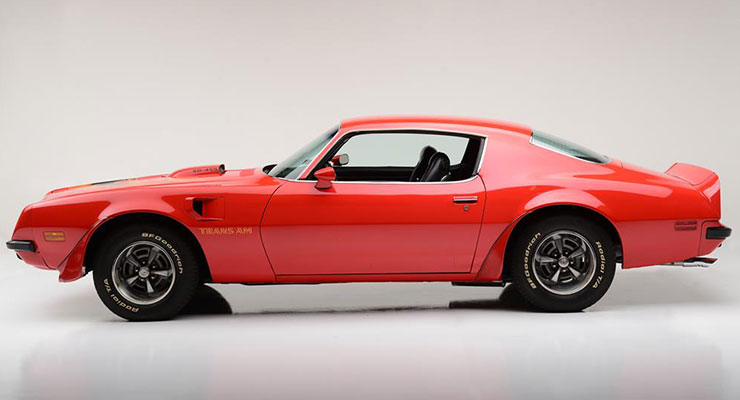 Only 212 of the 943 that were produced for the 1974 model year were equipped with the Pontiac 455 Super Duty engine and 4-speed transmission, and this is one of them. With less than 9,500 actual miles, this three-owner car features a copy of the Pontiac Division Build Sheet, original owner’s manual, warranty booklet, copy of the Window Sticker from Pontiac Historical Services and a copy of the original title from the owner dated August 1974. 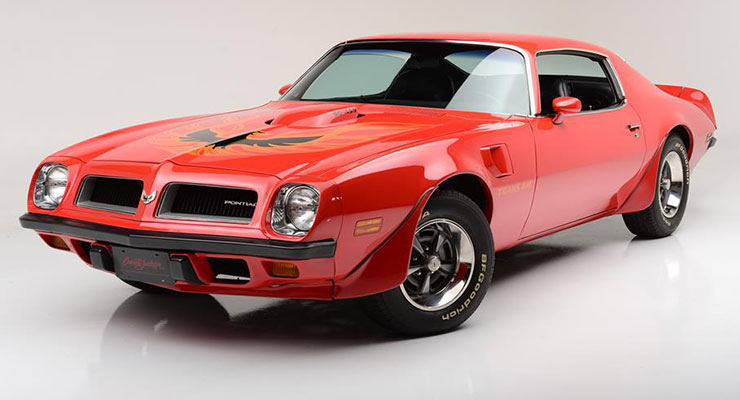 “We’ve ramped up our Las Vegas auction with a fantastic group of vehicles,” said Steve Davis, president of Barrett-Jackson. “The breadth of our docket this year includes something for first-time bidders, as well as seasoned collectors. I’m confident this year’s Las Vegas auction will be a highlight in the collector car hobby.” 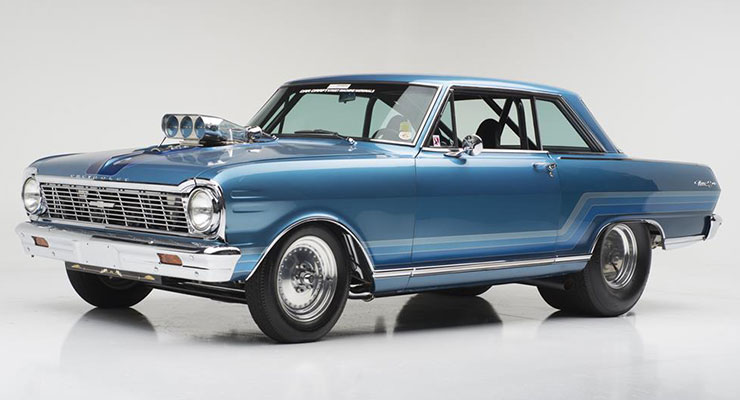 A 1965 Chevrolet Nova SS “Dobbertin’s” Custom is, without question, one of the most significant and important custom cars ever built. To this day it remains a benchmark for innovation and excellence among hot rod enthusiasts. Builder Rick Dobbertin devoted more than 3,000 hours over the course of 3 years to create this legendary performance vehicle. 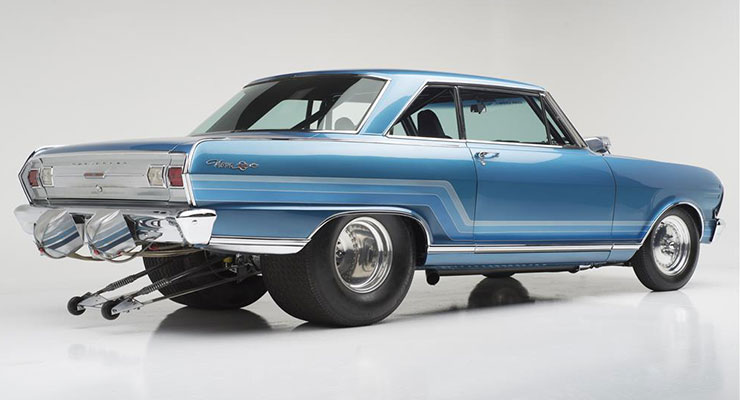 Kicking off the week will be the 8th Annual Las Vegas Cruise-In at Gaudin Ford (6625 Roy Horn Way – Las Vegas, NV 89118) onSaturday, Sept. 19, from 9 a.m. – 1 p.m. For spectators, the event is free and open to the public. To participate, registration is $20 per vehicle with all proceeds benefiting Grant a Gift Autism Foundation. All registrants will be considered for one of three Barrett-Jackson Choice Awards, one People’s Choice Award and one of three Gaudin Ford awards, including Best Resto Mod, Best Hot Rod and Best Street Rod. The first 100 registrants will also receive two free tickets to the 8th Annual Las Vegas Auction. To register a vehicle for the Cruise-In, click here.

In addition to the exciting action on the auction block, the 8th Annual Las Vegas Auction encompasses an eclectic collection of vendors and displays as well as the much-anticipated Ride ’N Drives and Thrill Rides presented by Ford, Chevrolet and Dodge. The Bidder Preview Day will be held on Wednesday, Sept. 23, from 8 a.m. – 3 p.m. and the automobilia auction will kick off Thursday, Friday and Saturday beginning at 9 a.m. A full event schedule, including Discovery and Velocity broadcast times, is available here. Barrett-Jackson will also be hosting a free livestream on www.barrett-jackson.com showcasing all the cars, all the time.

Consignments for the 8th Annual Las Vegas Auction are still being accepted. To consign a vehicle to the Las Vegas auction, click here. For more information on becoming a bidder, follow the link to www.barrett-jackson.com/bid.

Experience the 8th Annual Las Vegas Auction in style with a Barrett-Jackson VIP Experience Package. Information on available packages and how to be a part of this world-class lifestyle event is available here.

The Mercedes AMG line is manufactured by Mercedes-AMG GmbH, which is a subsidiary of Mercedes-Benz. The company makes performance-oriented versions of many of the different Mercedes models, including the company’s sport utility vehicles. These models are easily identified by the AMG badge located on the back of each vehicle. 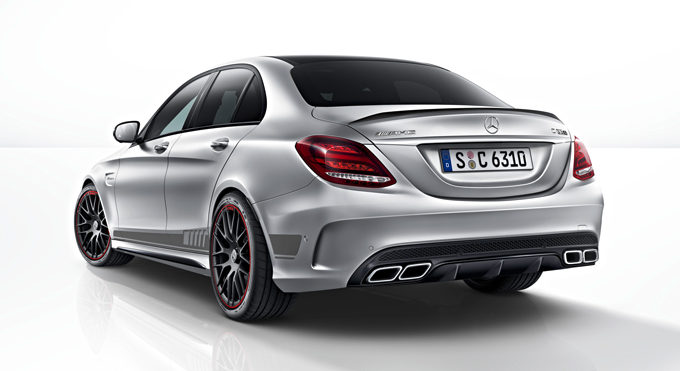 AMG was founded as a company in 1967 by Hans Werner Aufrecht and Erhard Melcher. Originally AMG was a separate company from Mercedes. Aufrecht and Melcher modified various Mercedes models, increasing the cars’ overall performance so they could compete in professional races. The initials for the company came from the first letters of the founders’ last names, plus the first letter of Aufrecht’s birthplace in Germany.

Four years after the company’s inception, AMG gained worldwide notoriety. The 300 SEL 6.8 AMG was entered into a 24 hour race at the Spa-Francorchamps, a yearly endurance race held in Germany. The car finished first in its class and second overall in the race. 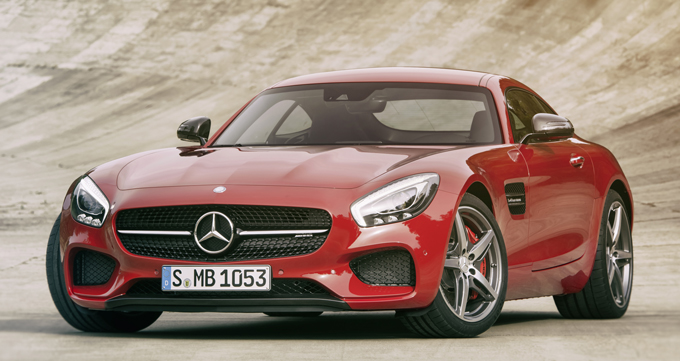 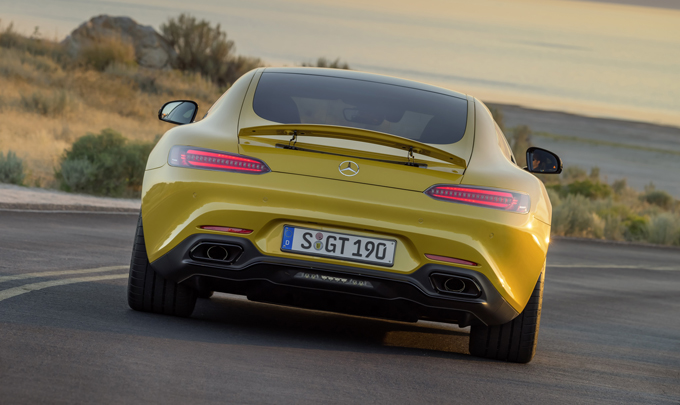 AMG models have features that are not found in the regular line of Mercedes vehicles. All AMG models come with distinct wheels that have the AMG insignia stamped on them. Carbon fiber parts are more common on AMG vehicles. AMG also outfits the vehicles with some body panels that are different from the regular Mercedes line, making the AMG models easier to distinguish at a glance. With a few exceptions, AMG models come with larger engines that produce more torque and horsepower than the engines used in the regular Mercedes lineup. 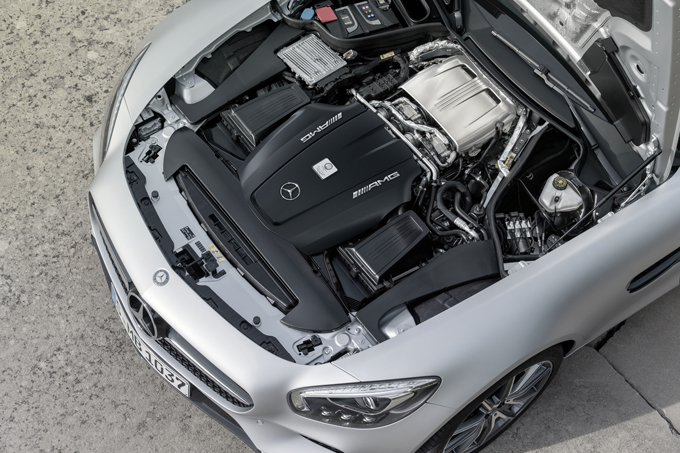 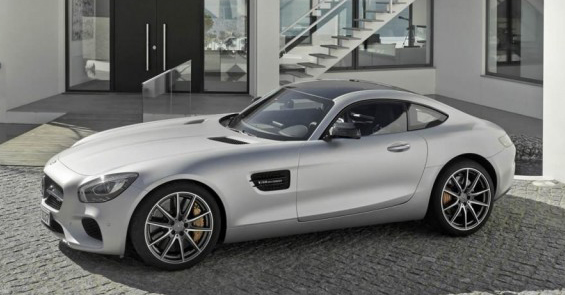 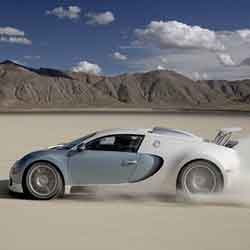 According to the www.fueleconomy.gov the official U.S, government source for fuel economy website the following 22 vehicles have the worst fuel economy.  As you and others will notice unless you have deep pockets most of the vehicles listed are out of the average persons price range, with the Camaro being the least expensive. For those who can afford such luxuries and don’t mind spending your fortune on fuel some of these beauties might end up on your wishlist. The list is organized by the worst being the Bugatti Veyron descending from there. 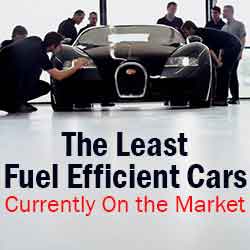